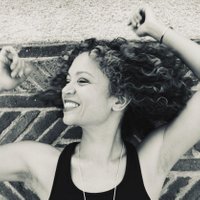 From Manhattan to Madrid

I am a choreographer, dance instructor, and a movement specialist currently based in Madrid, Spain but I am originally from New York. I am also a mother, an entrepreneur, a community builder and advocate for female empowerment via women supporting other women, and a facilitator/trainer with a passion for breaking down culturally constructed walls to promote diversity and inclusion.  I have a gift for connecting people in an authentic way, and helping them boost their own confidence so that they may reach their highest potential and achieve their personal and professional goals. I was born to a Belizean father and German-American mother, raised in New York, and have lived and worked in many parts of the USA and Europe. I proudly received my B.A. from Columbia College of Columbia University in the City of New York.

While in New York City, I received both training and professional experience in the performing arts- voice, theatre and most extensively dance- in a vast array of dance styles, and worked often in the world of musical theatre and opera. I choreographed many musicals drawing from my training in several different forms of dance, including Jazz, Tap, Modern, Ballet, African, Haitian, Afro-Caribbean, Irish Step, Viennese Waltz, Swing, Tango and Salsa among others. I worked and performed with The Glimmerglass Opera in Upstate New York. I taught regularly at the Bridge For Dance Studio in the Upper West Side of Manhattan and the McBurney YMCA in Union Square. I also studied and taught ballroom and social dance styles with Fred Astaire Dance Studios in West Palm Beach, Florida (Foxtrot, Rhumba, Waltz, American Tango, Swing, Salsa, Cha-Cha) and taught “Modern Jazz” and “Video-Clip” dance at Egurrola Dance Studios of Warsaw, Poland. I have taught dance workshops at the Studio Harmonic in Paris, Dance Base in Edinburgh, the Dance Theatre of Ireland in Dublin, and the Caribbean Dance Studio in Stockholm, Sweden. I love to teach group classes as well as private lessons, from very experienced dancers to absolute beginners. Dancing is one of my great passions, and I love to share this passion with others. I truly believe that EVERYONE can and SHOULD dance.

Since 2009, I have worked primarily in Europe, with children as well as adults, and have even had the opportunity to work with Spanish celebrities such as super-model Nieves Alvarez as well as beauty guru Myriam Yébenes. I have also acted as a key-facilitator and coordinator at large events in both the corporate and public sector, focusing on personal as well as professional development. I also co-develop and deliver personal development wellness courses and transformational confidence coaching workshops, using a combination of mindfulness and performing arts exercises.

Recently, I was delighted to be a part of the making of the music video "I Like to Pump" as choreographer, music video shoot facilitator and a principal performer.

One fusion style of dance that I created and love to teach is called “Afro-Groove”- a style in which I teach students the fundamentals of Afro-based dance forms (Congolese, Haitian, Yoruba, Senegalais) mixed with deep stretches, allowing students to find the “tribal beat” of their own bodies, and finishing the class with a choreographed combination that incorporates these movements. The choreography is a melding of the release and undulation of traditional Afro movements with the grace, strength, and balance of Modern and Jazz.

I regularly teach open dance classes called "Video Clip" Style.  In "Video Clip",  I take inspiration from popular music videos for the choreography, making the classes extremely current, edgy and incredibly fun. This class incorporates a range of elements and styles - Street, Funky, Jazz, Latin and Hip-Hop- and sometimes African, Flamenco, Classical and Modern Contemporary. These classes are entirely NOT intimidating, and filled with fun-loving pop music enthusiasts from all over the world.

I currently teach Video Clip Dance Style to students at El Colegio de Nuestra Señora del Pilar, The American School of Madrid, and often co-design and lead entertainment events for families in Commercial Centers around Madrid in collaboration with marketing and events company "Kids Time". I also offer open dance classes, workshops, and masterclasses for adults and children regularly at various studios in Madrid, and around the world.  As of March 2020, I am offering virtual dance classes online.